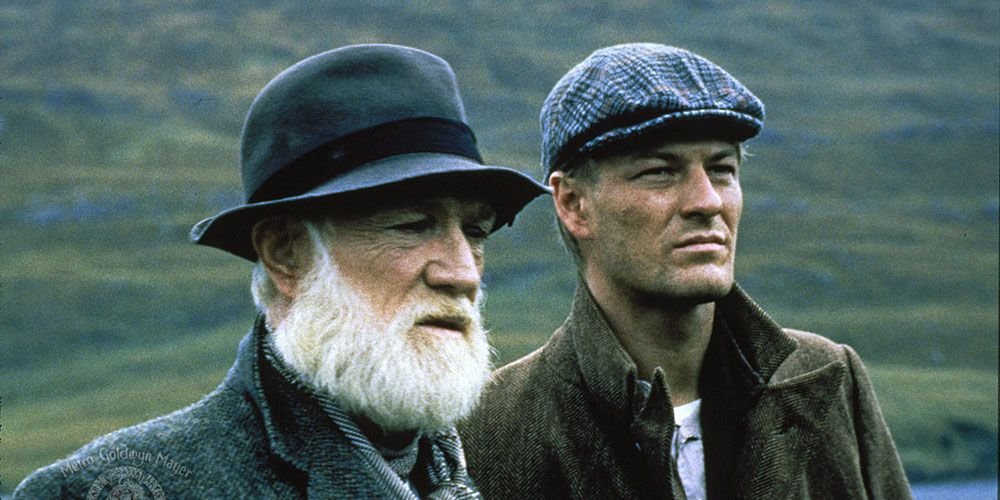 Ireland, 1930 - Bull McCabe is an aged, but the vigorous peasant and the tenant of a field that he and his family have made fertile and cultivated with enormous sacrifices. When the owner of the land decided to put it on sale, Bull's offerings are largely beaten by that of an American of Irish descent, who wants the field to build a quarry. Bull and his son Tadgh try to persuade him to desist, but without success; a violent struggle then arises, in which Bull, seeing that his son is about to die, kills the American.
Having taken the responsibility of the murder, Tadgh runs away with a gypsy girl he fell in love, and Bull, now mad for the loss of the field, burdened by the grief for the death of his first child, who committed suicide many years before, finally loses his reason. Back to home after an argument with his wife, who tries in vain to reason with him, Bull pushes his cattle toward a cliff; Tadgh, passing by chance on the caravan of the nomads, tries in vain to stop the running of beasts, but is overwhelmed and he too falls down the cliff, crashing on the rocks below. After cradled the body of his dead son, trying in vain to ward off the waves, Bull McCabe, now completely out of mind, seeks death at sea.

The field is a rural drama which highlights very well the relationship between a man and the land he cultivates, a source of life, yet very mean without hard work. The link existing between the farmer and the land is strongly emphasized by the hostile attitude of Bull towards the nomads, who are unable to stay permanently on a land and to shed every drop of their sweat to make it fertile. The film outlines very well the prickly matter of the "tinkers", the Irish descendants of those who lost their land during the Great Famine, along with their relationship with it: Bull considers his son Tadgh as a traitor, because he hasn't his same passion for the land, and chooses instead to travel the world with the gypsies, without considering that his brother committed suicide just to allow his family to stay and cultivate that field, which otherwise could not be a source of livelihood for the three of them.

We like to stress the interpretation of John Hurt, a subtle and deceptive drunkard, but above all the splendid performance of Richard Harris, an Irish born and bred, here in the vigorous, extreme role of an inflexible and tough man who has inextricably devoted himself and his family to the land and to the hard work it constantly requires.

The movie was shot almost entirely in the village of Leenaun, at the base of Killary Fiord, in Connemara. The gloomy and foggy landscape (the shooting was carried out in October 1989) perfectly emphasizes the dramatic nature of the story: the scenes shot in the pub " Gaynor's" (by then known as "The Field") and the Aasleagh falls near Leenane have a strong visual impact. The lush, green field that gives the movie its title is located in the Partry Mountains, approximately about ten km. from Leenane, on the right side of the road to Westport, beside a little bridge.
In 1996, to celebrate the centenary of the Irish Film Board, the Post Office issued a stamp depicting a scene from the film.
To celebrate the end of filming, Richard Harris caroused with the whole crew in a Galway pub, but - given his problems with the bottle - it seems that that evening he toasted with pints of milk ...
In 2015 a festival was held in Leenaun to celebrate the 25th anniversary of film-making; the director Jim Sheridan, the special guest of the celebrations, gave again the "action" to some locals recreating the most striking moments of the movie; among them Seamus Nee, who already acted in the original version. 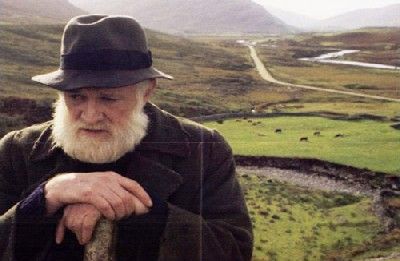 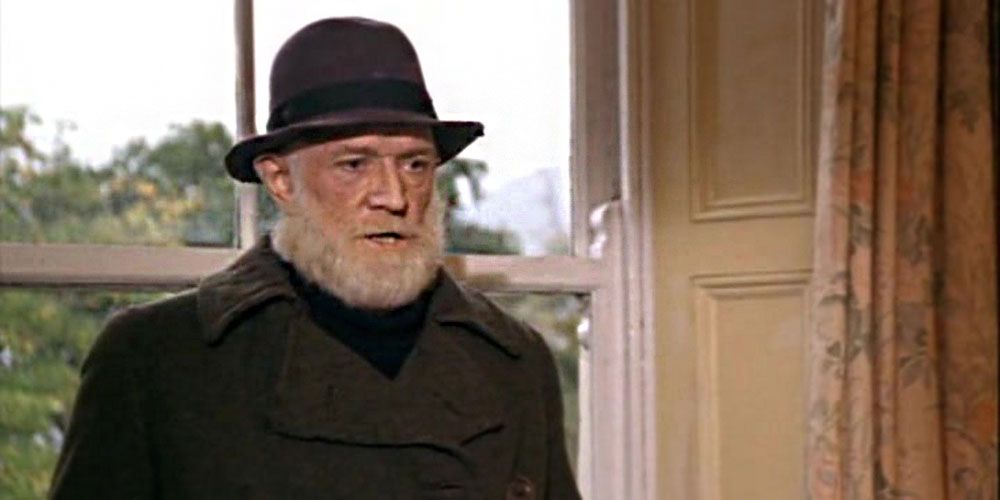 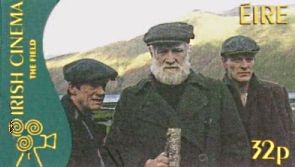 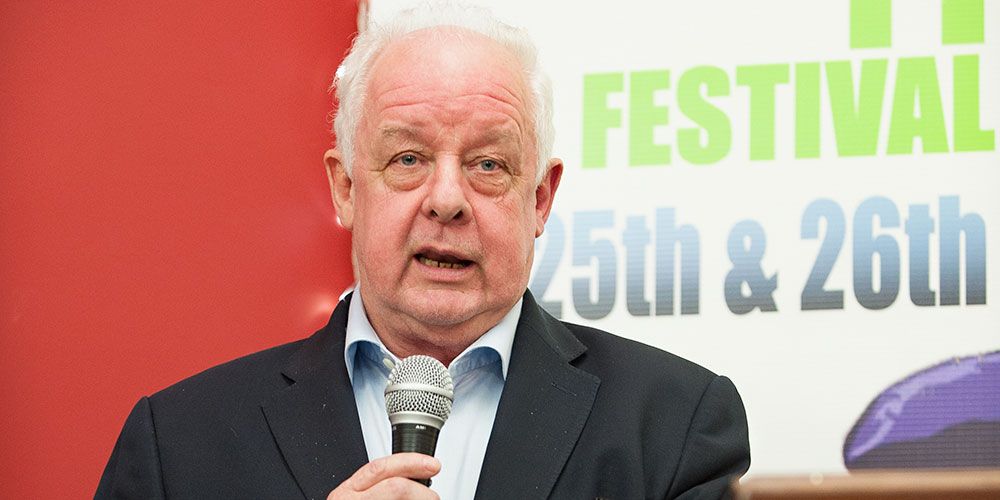 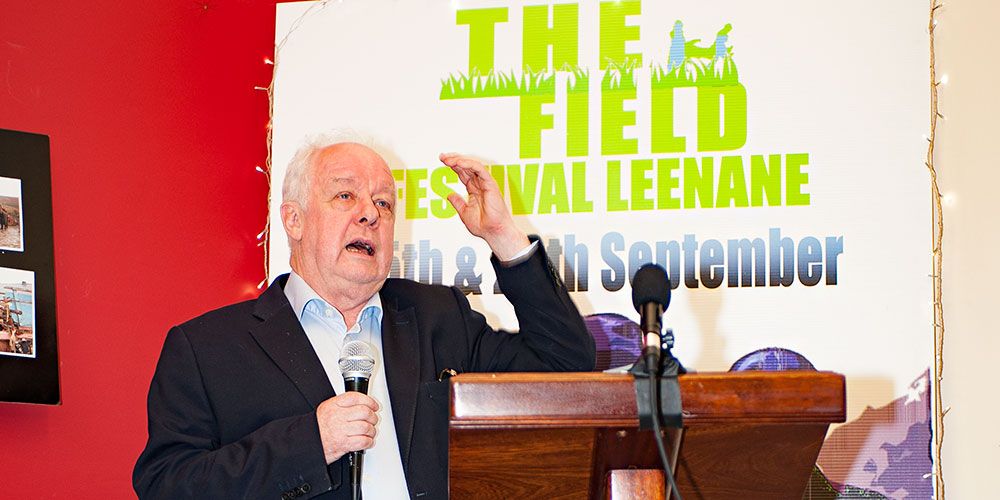 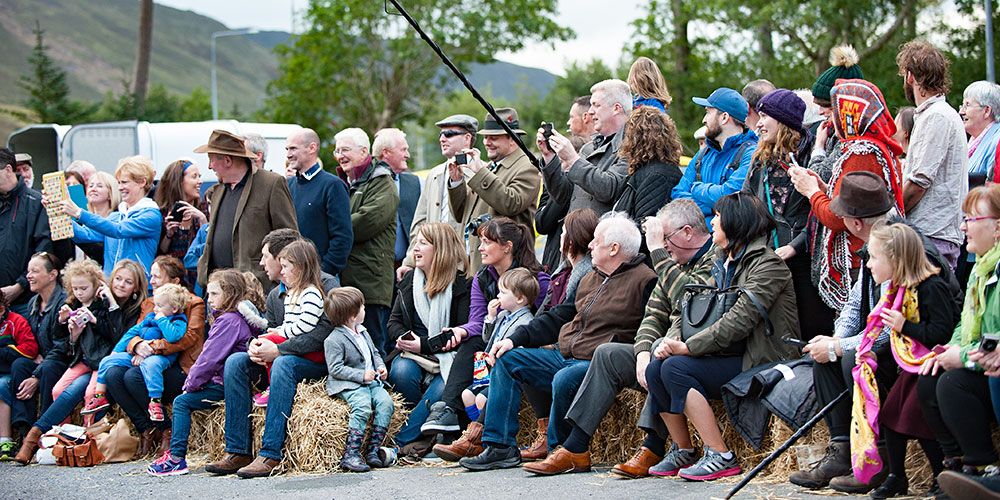 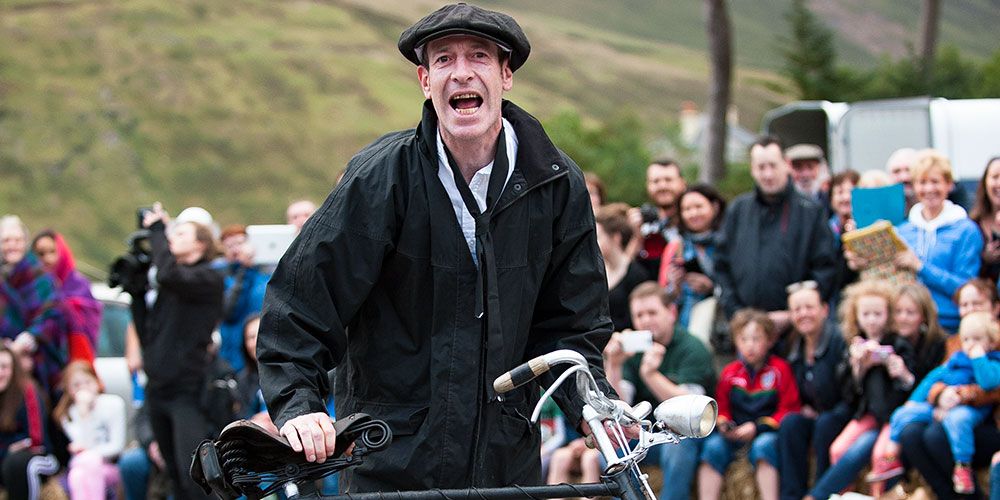 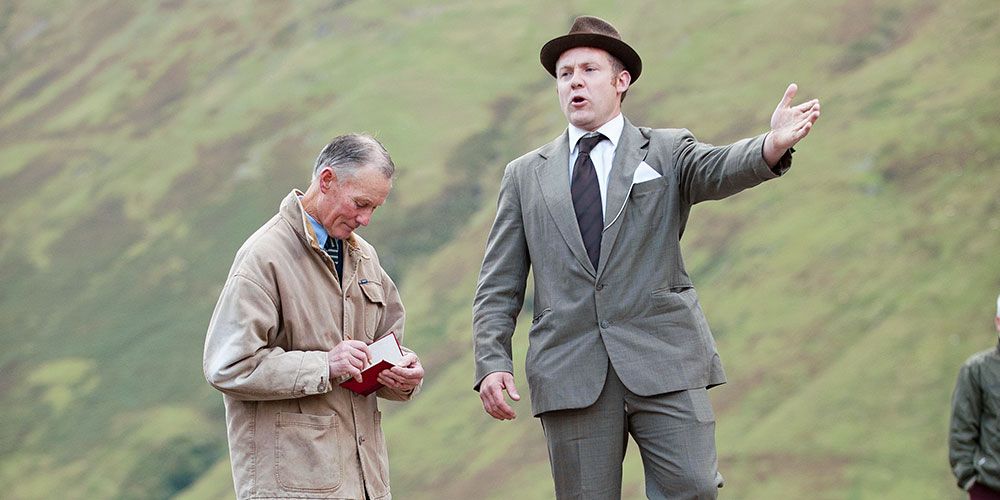 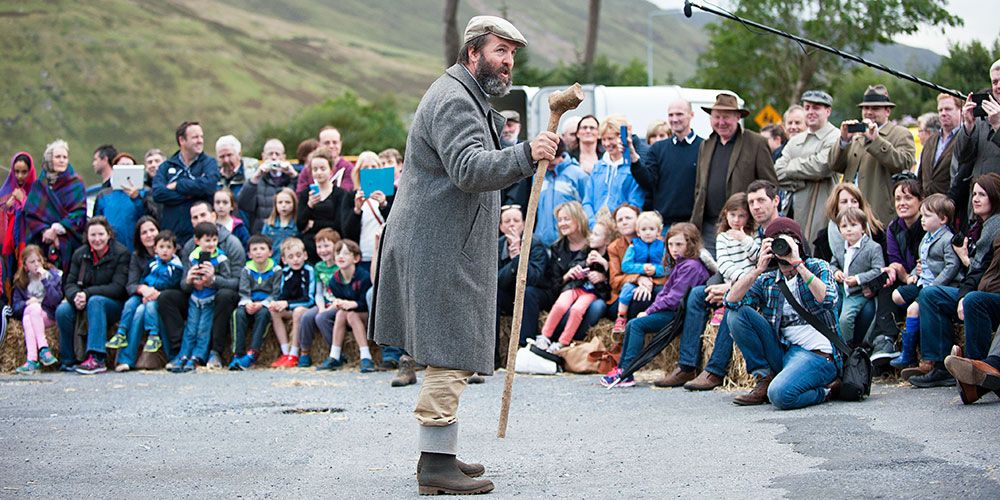 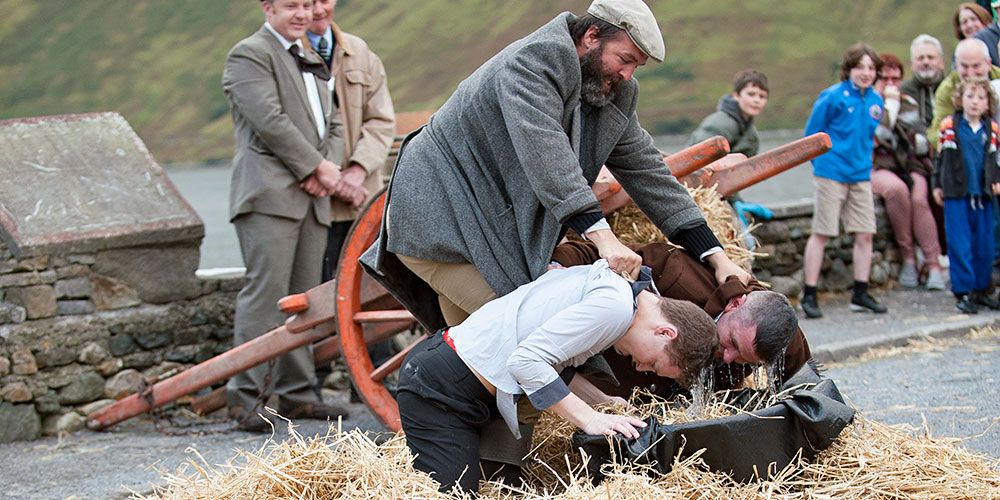 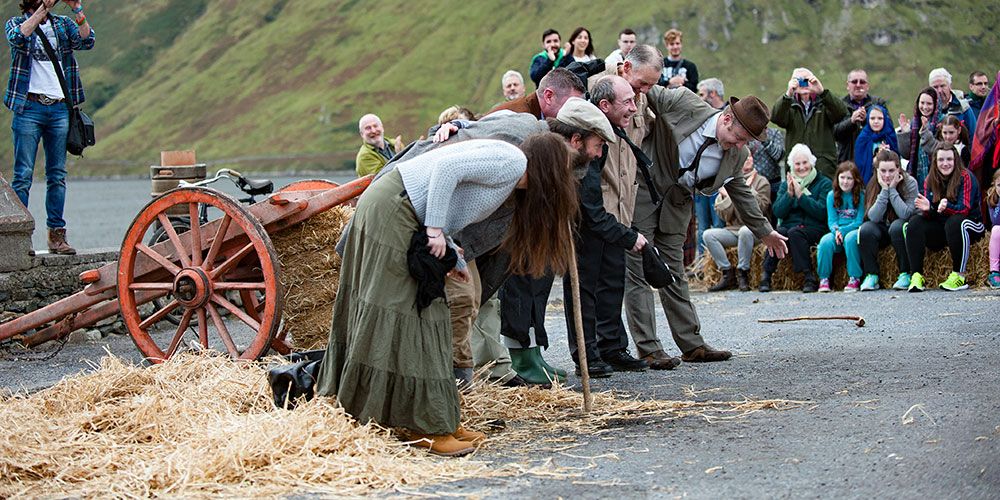