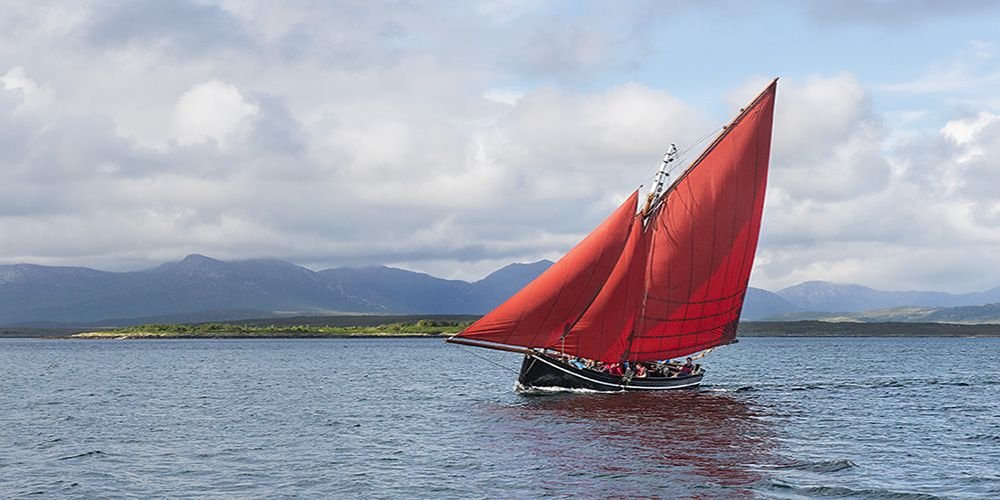 / traditions
The Galway Hooker (húicéir in Irish) is a traditional boat distinctive to Galway Bay and Connemara coasts. This beautiful craft, sturdy and yet elegant and agile, has now become an accepted icon of the cultural heritage of Connemara. Specially developed to sail in the insidious waters of rugged Connemara coasts, the hooker has a shallow draught; the hull is generally half-decked, except in the smallest craft - the Púcán- which is an open boat. The internal ballast is made up mainly of local stones, carefully selected and skillfully arranged amidships.

According to the length and the type of the rig, hookers are distinguished in four classes:

Hookers were not only utilitarian boats, used for hook and line fishing, but also had an important role in transporting and trading many goods, such as turf, seaweeds, livestock, limestone and general supplies all over Connemara, extending their rides to relatively distant places like Kinvara and Ballyvaughan.
The golden age of hookers is deeply linked to The Claddagh, a little village of fishermen near Galway. The Claddagh was the main boatbuilding centre in the early 1800s and kept this prominent role at least until the years preceding the Great Famine.
Many celebrated boat builders had their building yards in this village; Carna, a little village along the coasts of South Connemara, was also an important boat building centre.
Nowadays, many boat builders carry on this legacy in South Connemara and the results of their skills can be appreciated during the Regattas held every weekend in Summer. Races are considered as important events by the people of Connemara and are often associated with the religious devotion for some Saint, such as Mc Dara. On the third weekend of August many hookers take part in a three-day revival of the old working days: after loading the boats with turf in Connemara, the hookers sail to Kinvara for Cruinniú na mBád - The Gathering of the Boats - which represents a celebration of the commerce traditions once existing between the coasts.
Many old hookers, such as An Capall, An Tonaí and An Mhaighdean Mhara, have been owned by the same families for over two centuries; and the skills required for the maintenance of the crafts is passed from generation to generation.
Once utilitarian boats, Hookers are now used as leisure crafts. Races are held in Galway and all over the South Connemara: Rossaveal, Spiddal, Kilkieran, Lettermullen, Carraroe, Rosmuc, Cashel, Roundstone and two of the Aran Islands (Inishmore and Inishmaan) are traditional venues for Summer Regattas.
For more information about these traditional sailboats, the dates of Summmer races and other events, please visit the GHA official website 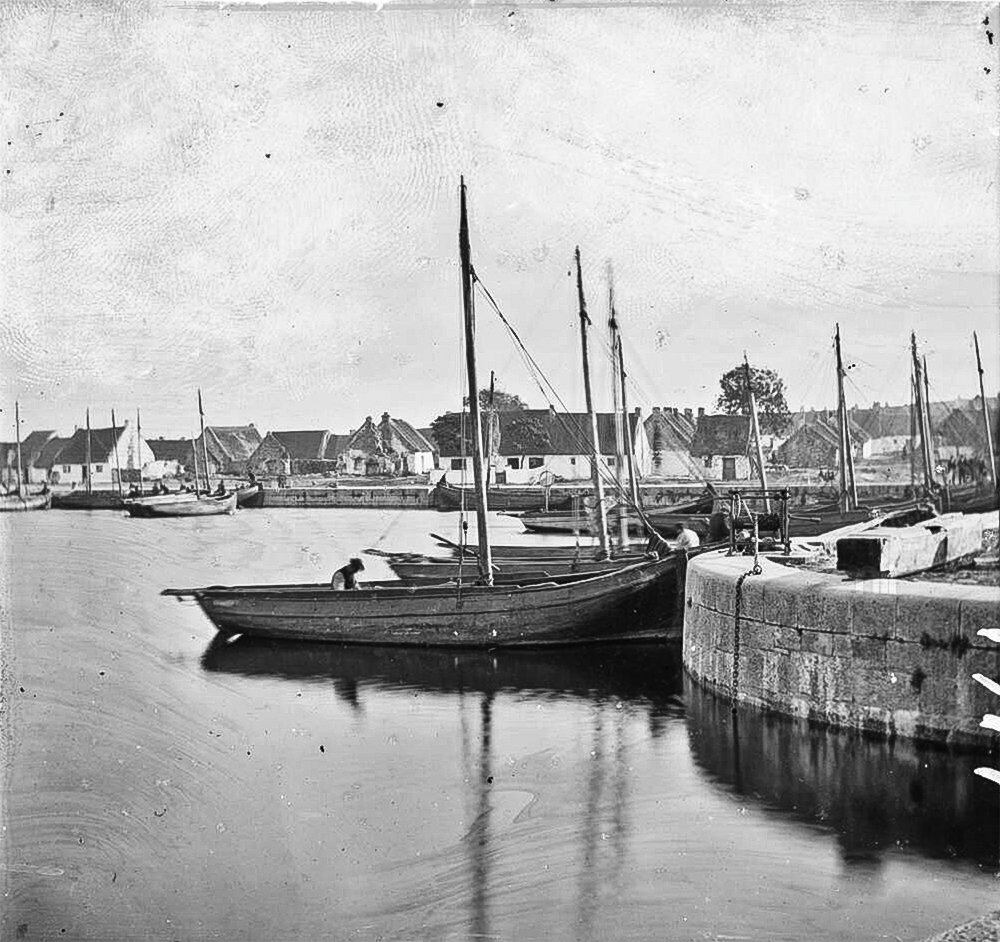 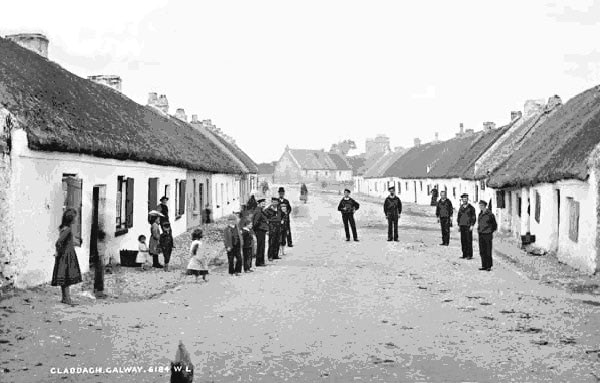 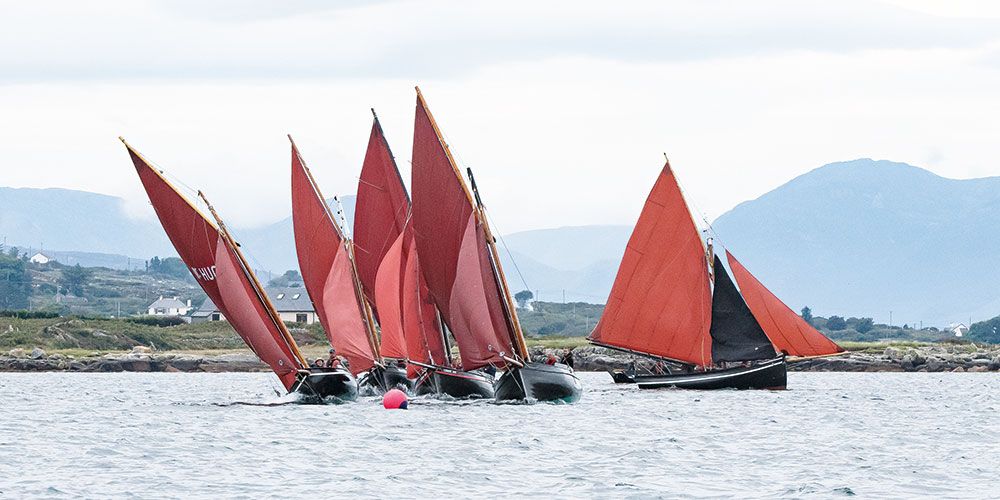 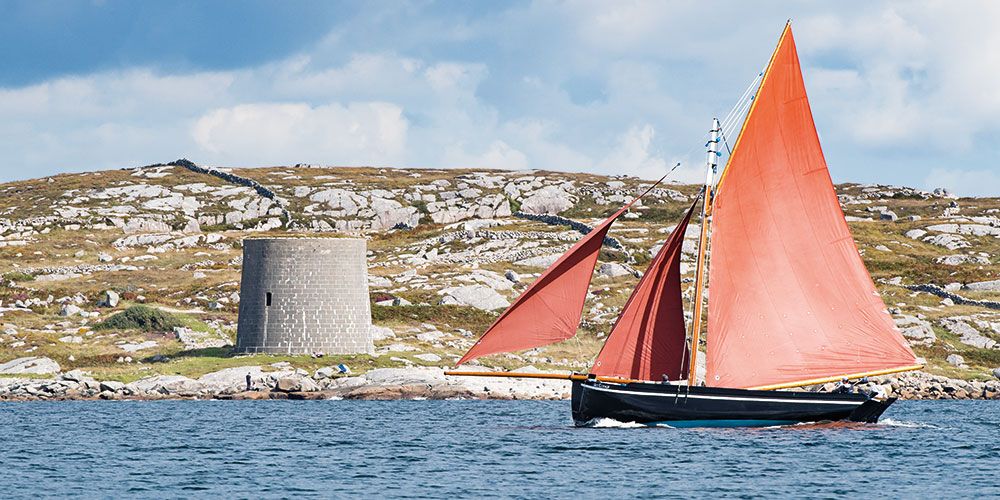 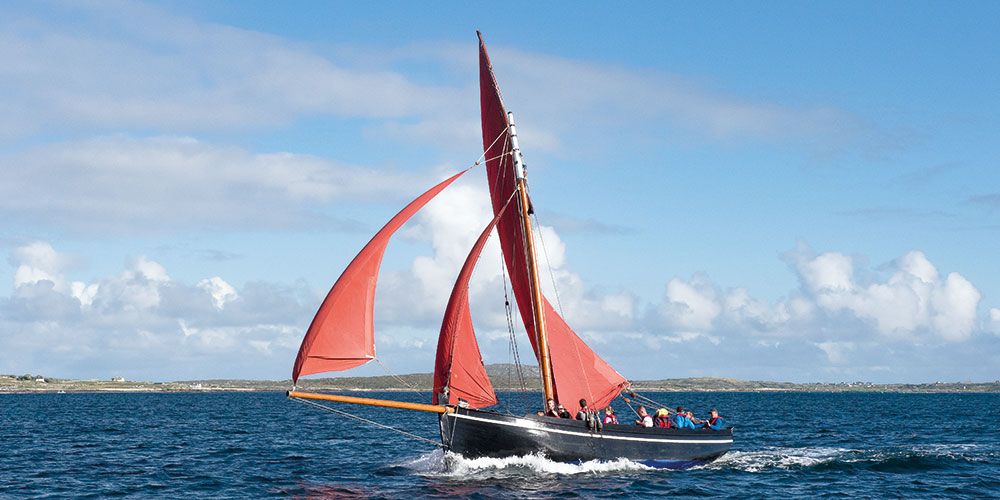 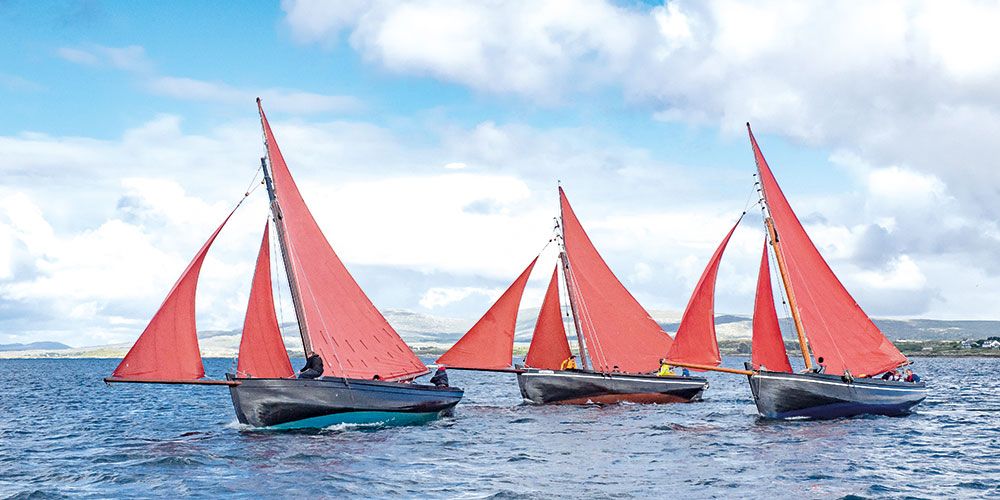 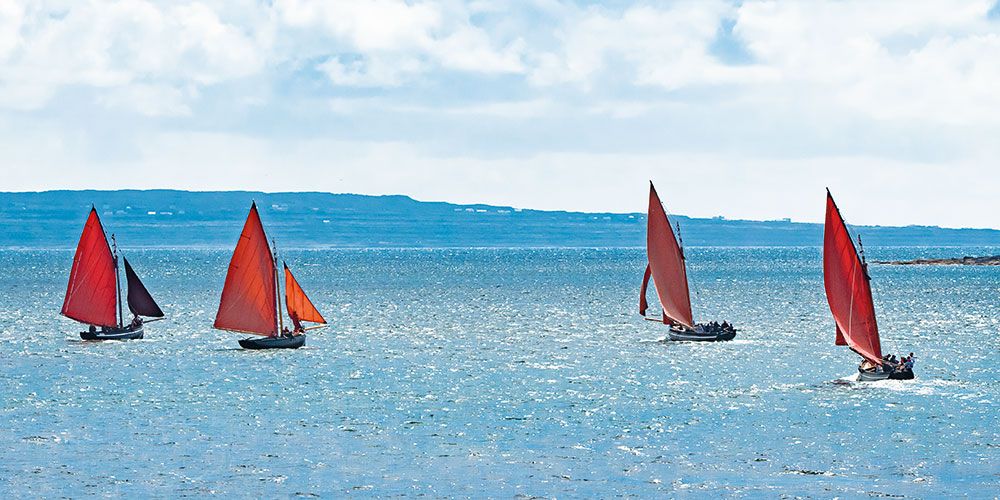 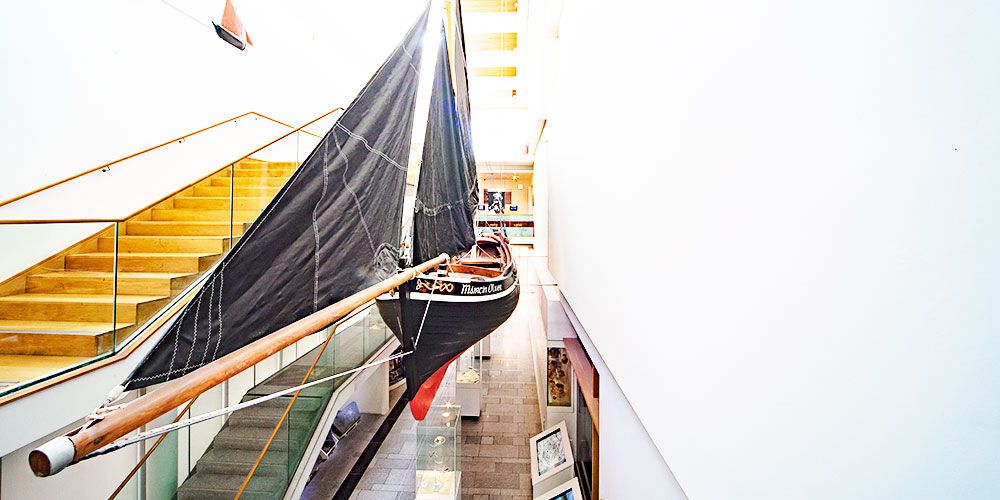 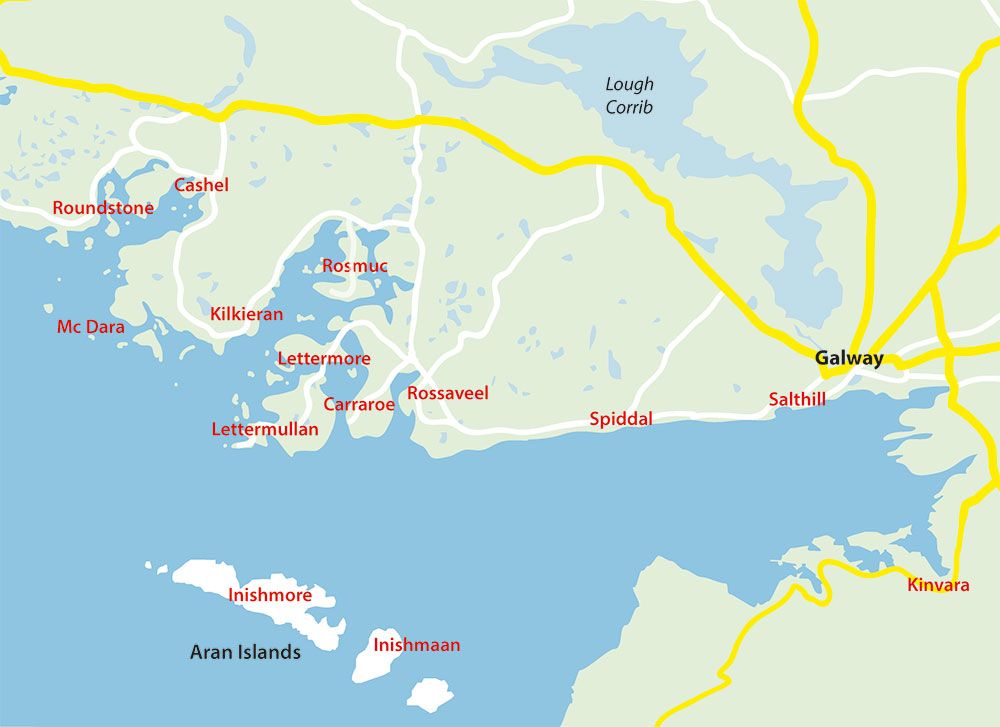 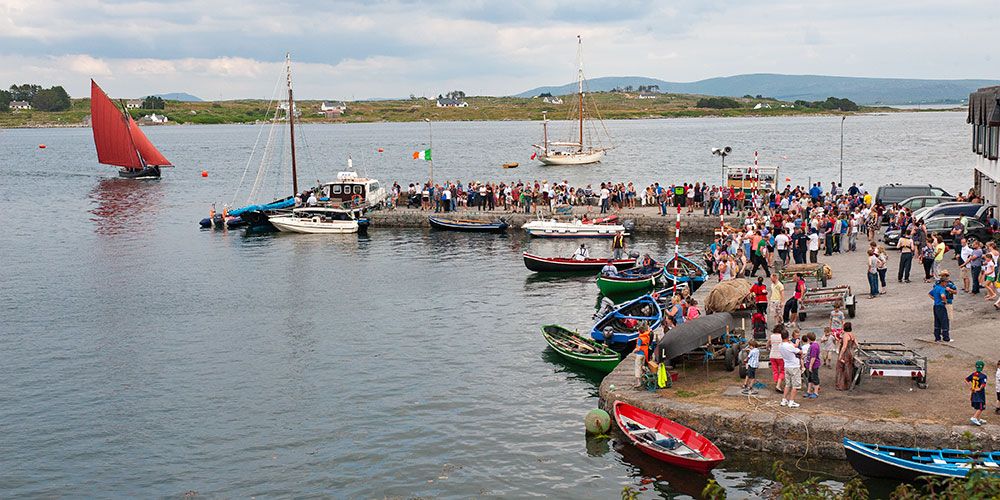 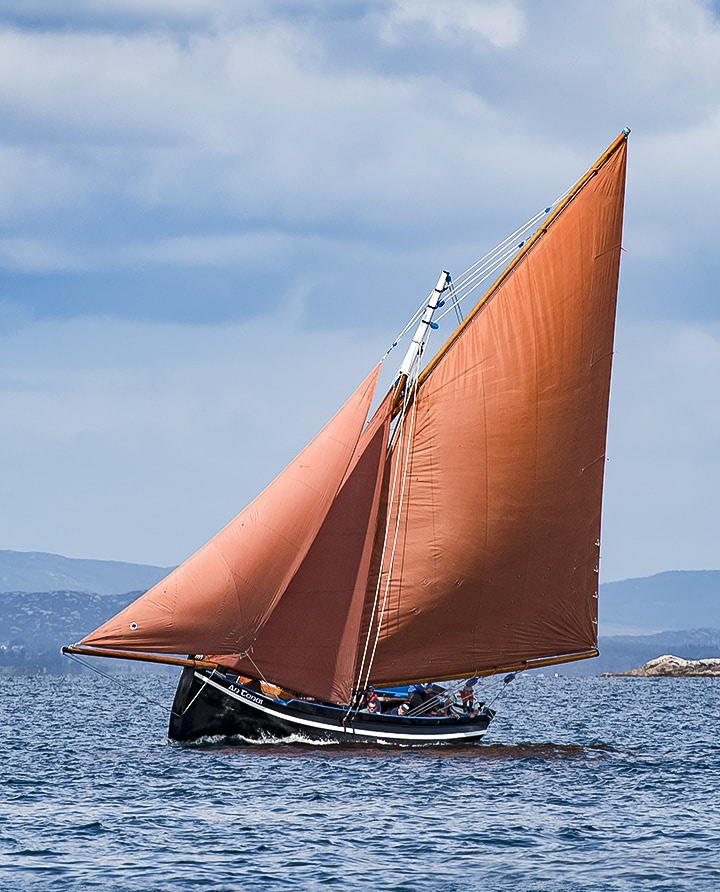 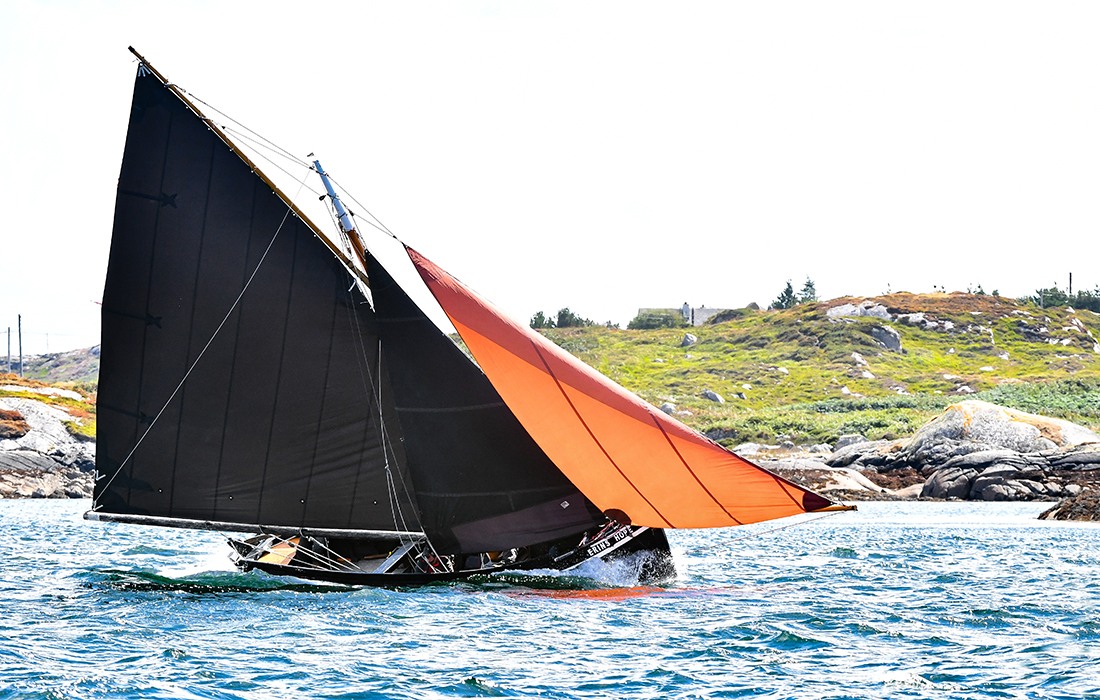