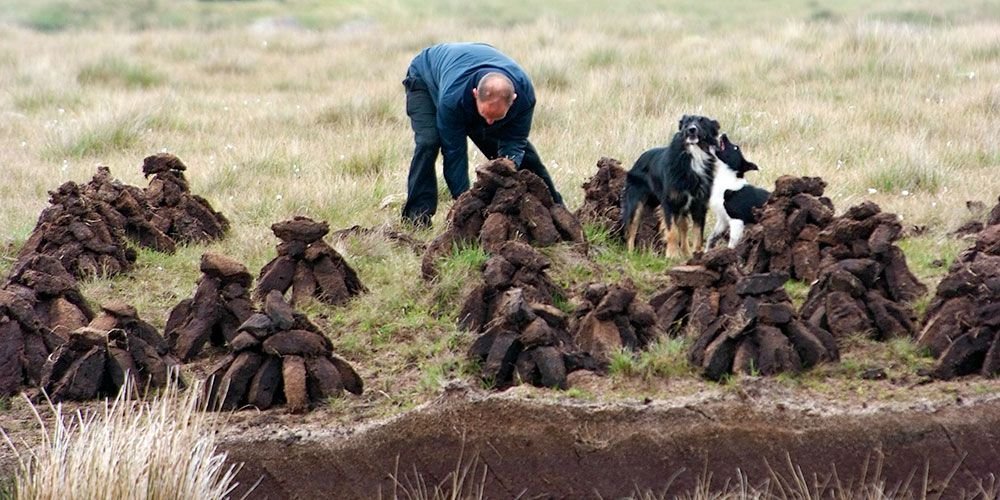 / traditions
Touring Ireland your nose will certainly be stricken by a very persistent and widespread scent, absolutely distinctive and unique: it's turf, the fuel most widely used around the country, mainly because Ireland actually lies on a bog for most of its territorial extent. Pleasure or pain for tourists (who may be intolerant of this peculiar smell, or fall in love with it and buy some little turf-burners to take home as aromatic souvenirs), turf has been used as fuel for several centuries (there is evidence of this from the eighth century on), not only because it's easier than wood to cut and transport, but also because this material makes no sparks while burning, a feature of extreme importance in a country where the houses were covered with thatched roofs, and therefore highly flammable.
But what exactly is turf? Actually, it is partially decomposed organic matter (in a percentage equal to 4%), heavily water-soaked (96%), which formed in ancient times as a result of heavy rains that fall in this country (average annual rainfall is about 1650 mm ). The rain increases the acidity of the soil, thus causing a reduction in oxygen levels as well as extremely wet conditions of vegetation and loss of minerals: this set of actions leads to a reduction of microbial and bacterial activity, stopping the decomposition of plants and therefore -in the course of centuries - the formation of the turf itself.
Bogs are peculiar ecosystems, sheltering a variety of animal and plant species, but may be a significant barrier for men: for this reason, bogs were once crossed using walkways, called toghers, consisting of wooden trunks, which were in turn progressively phagocytosed by the bog. The oldest of these roads dates back to 5,500 years ago. Currently, these fossilized trees are highly sought after in order to make highly original sculptures, rather expensive due to the rarity of this timber. The turf too, once completely dried and compressed, is fit for sculptures; another traditional use is as ground-layer for acidophilic plants, while its smoke is often used to flavor whiskey and salmon.
Turf was traditionally cut with a spade equipped with a side blade, called sleán; today special machinery are used to cut wide areas, but anyway the procedure to extract it hasn't changed: first of all one must remove the superficial part of vegetable sward, then goes on to cut the underlying layer and to spread the briquettes to facilitate their drying. Once properly dried, the turf is piled on site, if it's due to stay on the bog during winter months, or else it is carried back home, where it will be heaped to form the typical "stacks", mounds visible beside many Irish cottages.
As previously mentioned, Ireland can be considered a huge bog, but overexploitation has resulted in a drastic decrease (87%) of this fuel resource in a relatively short period of 400 years. The total bog areas have been decreased from 1,178,000 hectares in 1645 to the worrying shortage of 151,000 hectares in 1990. To overcome this serious situation in 1946 was established Bord na Móna a company supervising and monitoring the turf cutting in several bogs scattered not only in the central part of the country (the famous bog of Allen, also mentioned by Joyce in his short story The Dead), but also in the West.
Connemara National Park, established in 1980, covers an area of 2,957 hectares of bogland and plays an important role in the conservation not only of this valuable material, but also of the related habitat. Open from March to October, the Park offers to visitors the chance to learn about the environment and the wildlife in the bogs and to explore it walking along easy and safe paths that reach the summit of the famous Diamond Hill, with its 360 degrees view on a landscape of unrivaled beauty.
In the intriguing and varied Irish mythology, there are of course many legends about turf: for example, it was believed that its ashes scattered on the doorstep, could prevent the temporarily unattended child from fairies kidnapping, or that a piece of turf rubbed for three times under the belly of a cow at calving prevented her and the newborn calf from troubles. Every Irish emigrant, leaving the native country, brought the three things most precious to him: a shamrock (a national symbol of Ireland), a splinter of his stone hearth and a piece of turf, whose strongly evocative scent would help to soothe his homesickness. 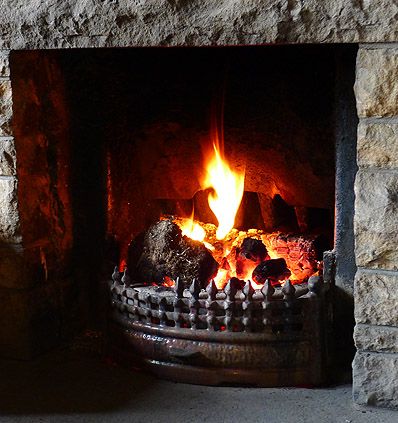 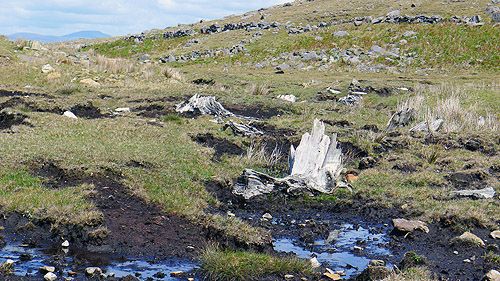 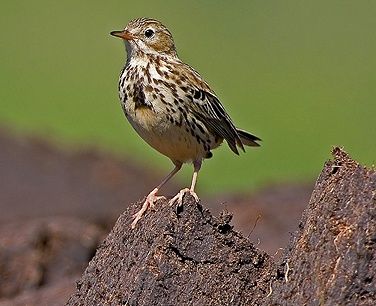 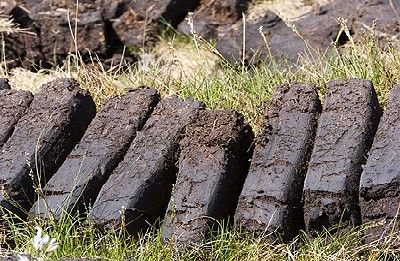 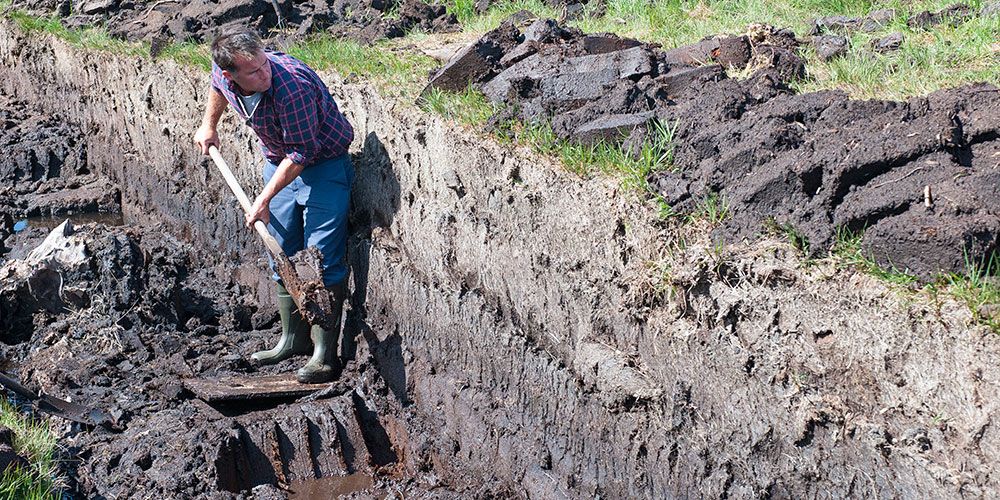 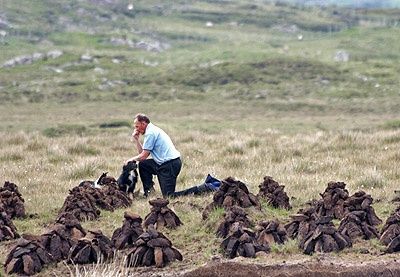 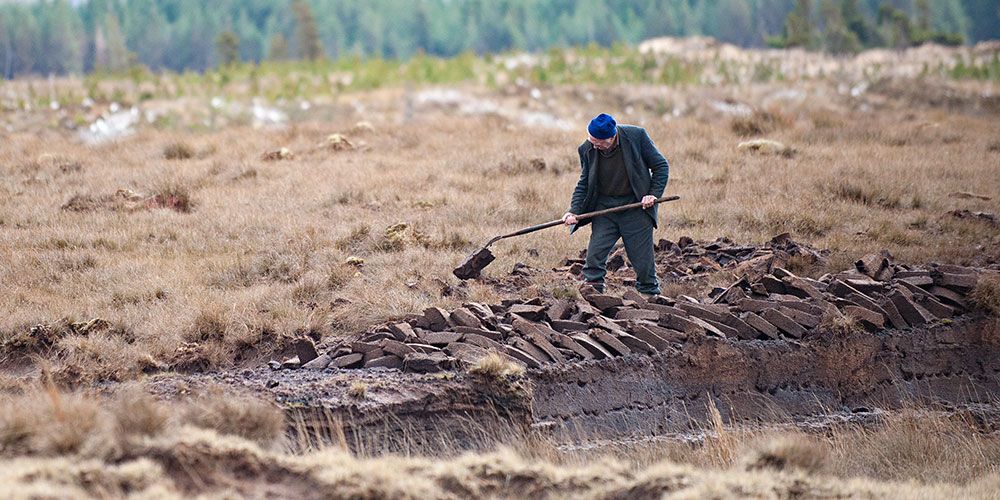 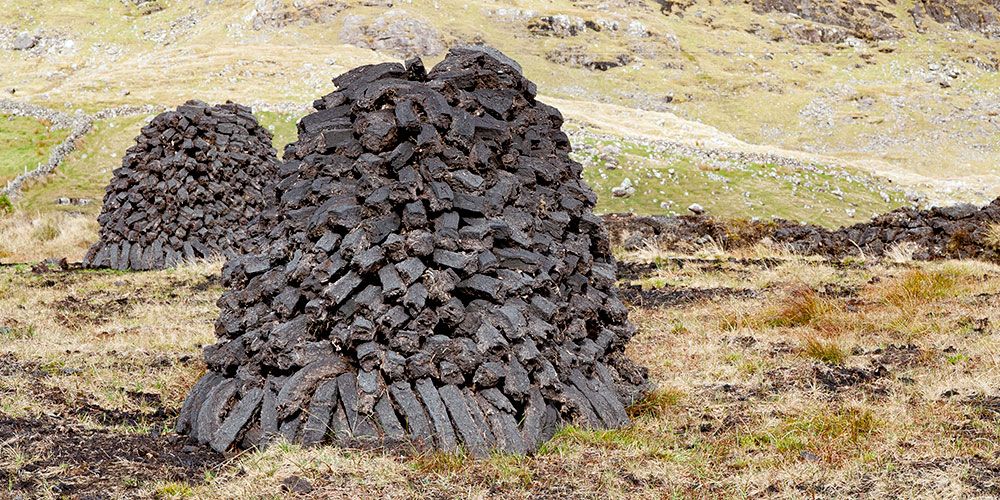