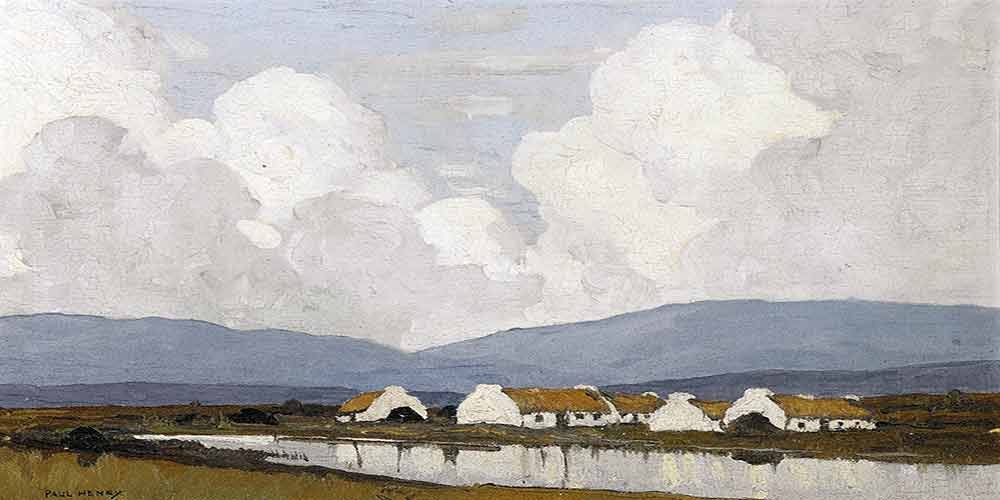 Memories of past days

/ traditions
The beautiful scenery of Connemara has been a source of inspiration to many artists from the late 19th century on, such as Paul Henry, the great Irish painter who has beautifully depicted in his works the charming wilderness of this region. Actually, this area well represented a part of the country still untouched by the progress, far apart from the political riots and where the population - still Gaelic speaking - lived in withdrawn communities, leading a simple life, linked to ancient traditions jealously guarded and handed down from one generation to another.
But - in contrast to the significance one can find in the paintings of this artist who purposely kept his works free from romantic and social themes - life in Connemara was indeed a difficult and harsh daily reality, often documented in all its toughness by the newborn photography.
The National Library of Ireland has collected and digitized several photographic plates made by Major Ruttledge-Fair in 1892 and by the photographer Robert French (1841-1917): the dramatic black and white of these old images enhances and emphasizes the difficulties of a life lived among harshness and privations; the families, numerically very large, got by in poverty, basing their survival on scarce harvests of small plots of stony land or fishing and breeding sheep. Difficult conditions, therefore, well summarized by the words of Irish playwright John Millington Synge, who once observed : "It is a part of the misfortune of Ireland that nearly all the characteristics which give colour and attractiveness to Irish life are bound up with a social condition that is near to penury".
This remark is still partially true if we consider the numerous legacies of such a dark age: the traditional dance of the West, Sean nós, was accompanied by the sound of wooden spoons, poor tool par excellence, the great ability in cooking potatoes derives from centuries of survival based on this food, and even the American tourists who annually return to Ireland to seek their roots are the living evidence of those migrations that led their ancestors to abandon their homeland after the "Great Famine"(an Gorta Mór), which impacted the population in the period from 1845 to 1852.
Today in Ireland there are umpteen memorials dedicated to this tragic, historical event and the photographs taken in those days depict the despair of that dark period and the difficult life that followed it.