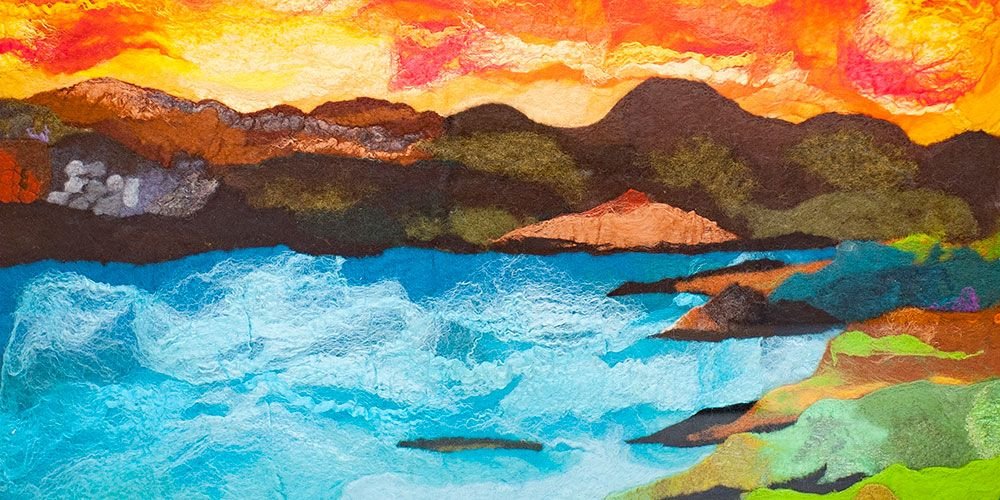 The ladies of Art

/ people
The beautiful landscapes and the charming atmosphere of Connemara have always been a source of inspiration for artists: it is no coincidence that some great painters of the past, such as Paul Henry, produced memorable works while living in this area. This article presents the works of Mo, Bernie and Rosie, three artists of different ages, united by an exquisite feminine delicacy that inspires them to capture and reproduce through various media and techniques the magical sensations that Connemara can give.
Margaret Mo Irwin West is a lively and active lady, whose elderly age doesn't prevent her from being creative. Born in India to Irish parents, she returned in Ireland when she was nine. Margaret studied at Trinity College - Dublin, before specializing as a painter in the studio of Andre L'Hote in Paris. Back in Dublin, she devoted herself to teaching and to the creation of numerous works, regularly presented at prestigious exhibitions. In the late '70s, she took an interest in lithography as a means of expression, a passion that she still pursues in her cottage/artistic studio at Claddaghduff. Her works are mainly figurative, inspired by a careful observation of the surrounding landscape, which echoes with the cultural and social context all around her. Really remarkable are her lithographs of trees, shells and prehistoric or paleo-Christian ruins, easily found in the surroundings.
Bernadette Bernie Dignam moved from Dublin to Moyard in 1997. In her studio, she creates highly original works with unusual means, such as wool and silk, alternating between raw or shiny fibers to reproduce the rugged landscape of Connemara. The combination of these natural materials that in turn absorb and reflect light produces an infinite variety of colors and shades, returning the extreme mutability of landscape elements. Bernie also organizes short stages, teaching to students of all ages the creative techniques at the basis of tapestry, mosaic, batik, and lithography, thus giving them the opportunity to enrich their holidays in Connemara with a work of art produced with their own hands. Last, but not least, Bernie cooks superlatives scones: this too is a kind of art!
Visit the website
Rosie McGurran: a native of Belfast, where she graduated in '92 in Fine Arts at the local university, she currently lives and works in Roundstone. Here, during summer months, she opens her little studio near the harbour to visitors. In her semi-abstract works, it is possible to perceive the strong influence of surrounding landscapes, where are frequently located female figures with deep autobiographical value. Her works in tempera, permeated by a "narrative" sense of art, are part of numerous Irish and international collections.
Visit the website 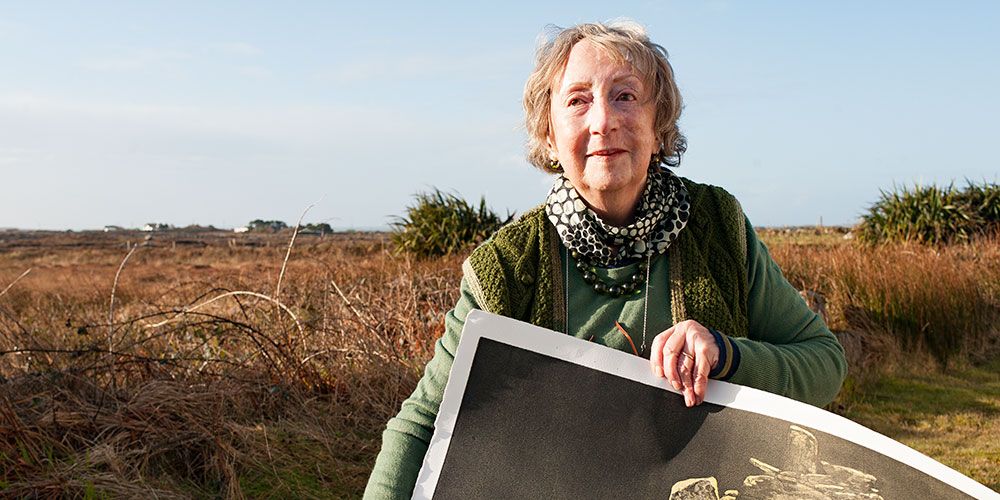 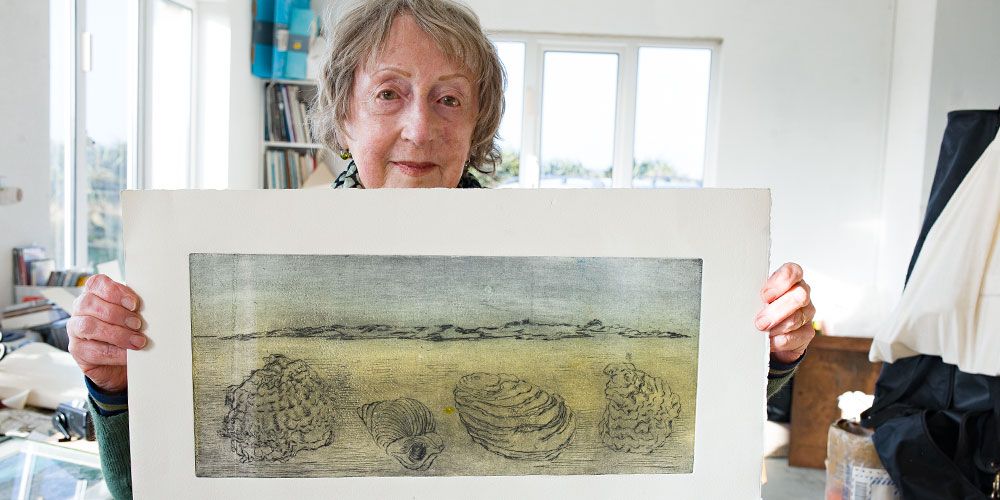 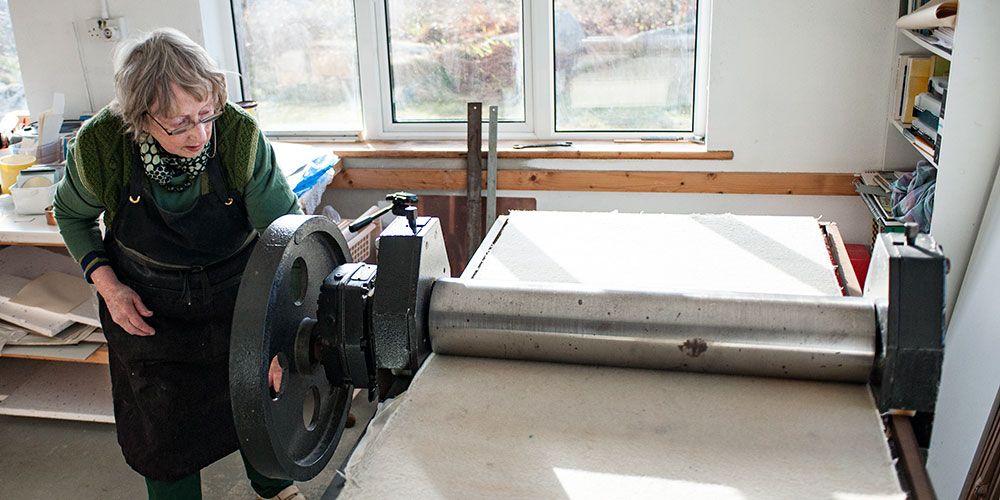 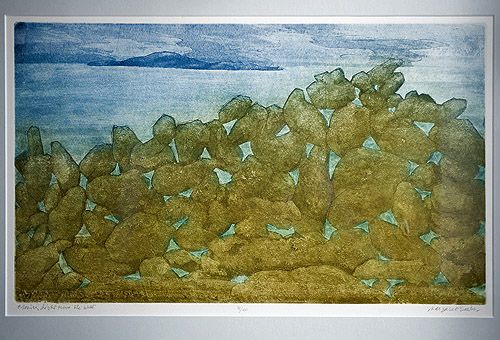 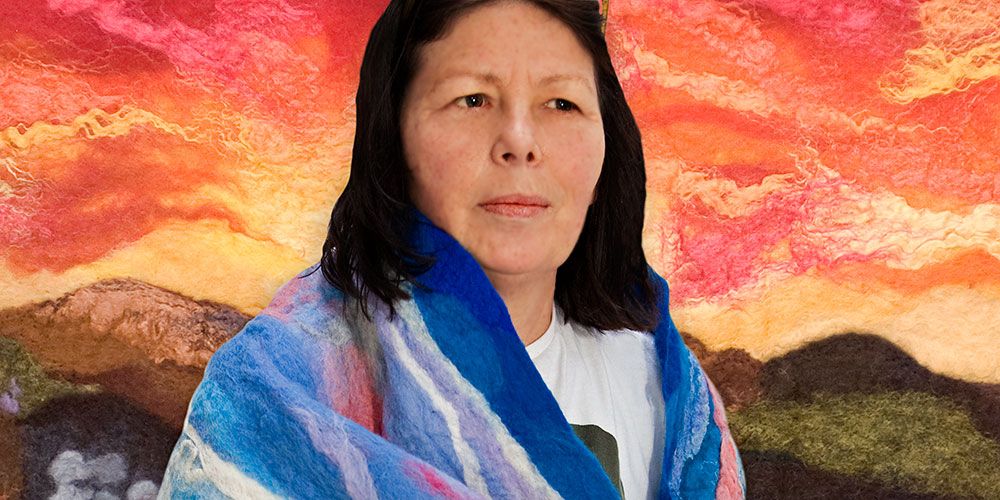 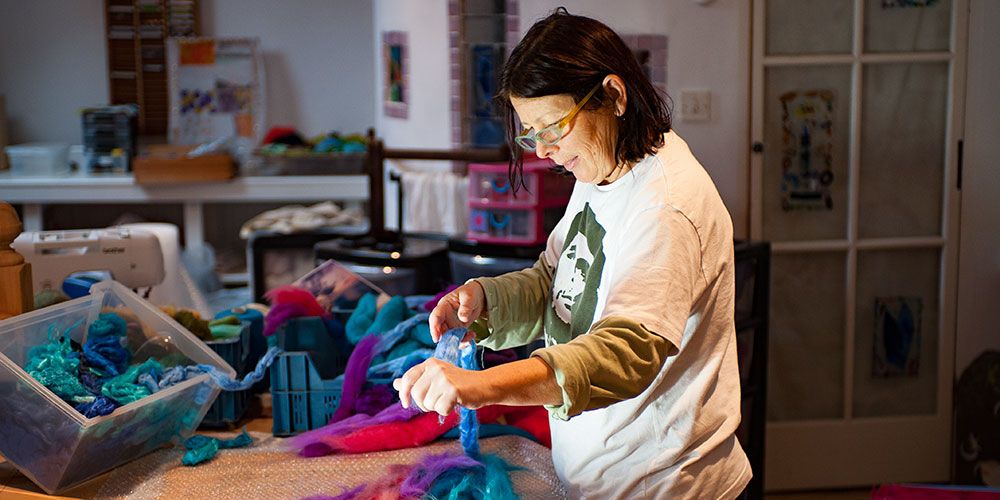 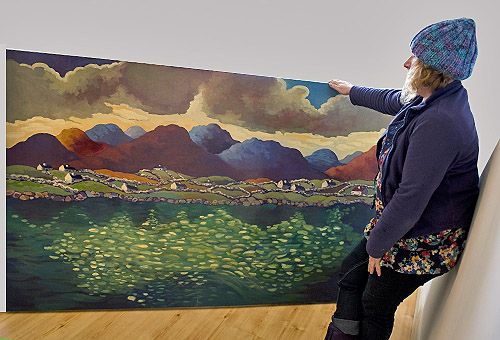 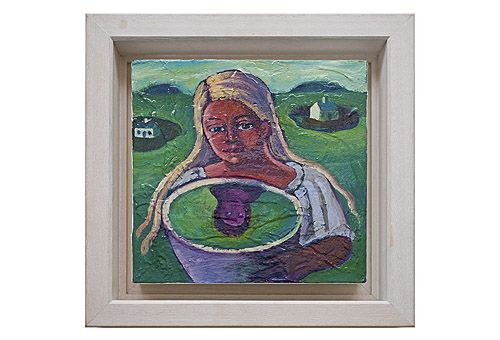